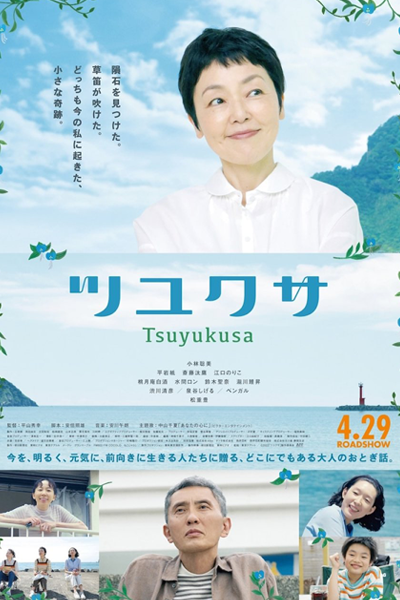 Other name: ツユクサ
Description
Fumi lives a wholesome life in a small town among dear friends. One day, her car is hit by a meteorite, the odds of which are 100 million to 1. "Such an unlikely event. Maybe something good will happen in my life!" As she becomes excited at that thought, Shinoda Goro, a man who used to be a dentist in Tokyo, moves to the town where she lives. He has experienced a tragedy, having failed to prevent his wife from committing suicide. Fumi happens to see him blowing a tune on a leaf in a park, and is touched by the lonesome figure he cuts. She has also experienced her own unforgettable personal tragedy, having lost her son in an accident. The two of them, each bearing the own emotional scars, awkwardly grow closer to each other, and Fumi's life, which had been on hold until then, slowly starts moving again.
Director: Hirayama Hideyuki [平山秀幸]
Country: Japanese
Status: Completed
Released: 2022
Genre: life,