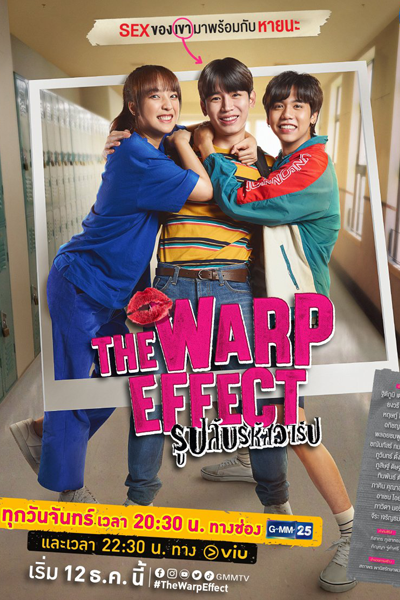 Alex breaks the oath he made to his mother forbidding him from losing his virginity before turning eighteen, causing chaos he never could've anticipated.
Seventeen-year-old Alex lacks self-confidence and his one passion in life is photography. He lives with his younger brother Ice, his mother having died in an accident. Before she passed, she made him promise to hold onto his virginity until he was eighteen. However, it's nearly unbearable, his nerdy friend See-ew and cool lesbian friend Nim have already given up theirs, leaving only him. He, therefore, aims to lose it at Jedi's house party.
At Jedi's party, he meets hot feminist Jean and it seems as though he'll lose his virginity to her. Something chaotic occurs, though, and Alex wakes up with no memory of what happened. He's aged into a man of twenty-seven: a gynecologist and sex expert. He must solve the mystery with a polaroid of that night and countless disasters. Will he be able to return to the past?
Original Network: GMM 25,
Director: Jojo Tichakorn Phukhaotong [โจโจ้ ทิชากร ภูเขาทอง] and Ninew Pinya Chookamsri [นินิว ภิญญา จู่คำศรี]
Country: Thailand
Status: Ongoing
Released: 2022
Genre: BL, Comedy, Romance,