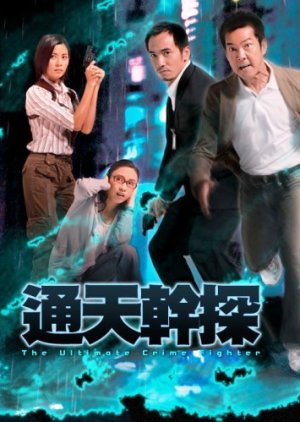 Other name: Cantonese - Tung Tin Gon Taam , Mandarin - Tong Tian Gan Tan , Super Cops , 通天幹探 通天干探
Description
Yuen Fo Sung is a former Hong Kong officer. He quit after an "accident" occured where he kills an innocent teenager. He felt guilty and decided to train with monks to feel better. After 5 years, he joins the force again after an encounter with the supernatural at a performance. He realizes that he has no other choice but to help out with his visions, which are very accurate. When Yuen Fo Sung meets up with his former friend, who is Wong Chi Ying's dad, he is offered to live in an apartment next to them. There he meets Wai Tsun Lung, the man who got kicked out of where Yuen Fo Sung would be living. Little does Yuen Fo Sung know is that Wai Tsun Lung is actually an undercover officer who's spying on the triads. Yuen Fo Sung gradually learns the truth about Tsun Lung and they become good friends. They tackle on many strange cases along with Keung Nga Yue, who became a lawyer after being a head officer/investigator
Country: Hong Kong
Status: Completed
Released: 2007
Genre: Crime, Romance,