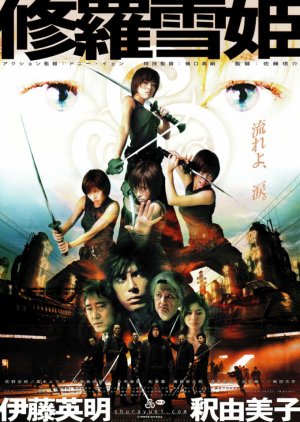 Other name: 修羅雪姫 , Shura Yukihime
Description
The title character, Princess Yuki, belongs to a band of assassins with fantastic sword skills who are exiles from their own country and now work for the ruling dictators of their new one. However, Yuki quickly discovers that her leader may be the one who killed her mother years before, and after confronting him with this information finds herself on the run and hunted. Enter Takashi, a hapless rebel against the government who aids Yuki such that she might seek revenge on the group that now wants to kill her.
Country: Japanese
Status: Completed
Released: 2001
Genre: Action,