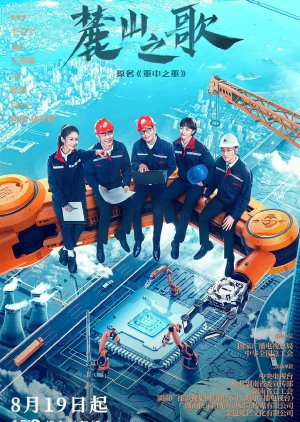 Other name: 麓山之歌 , The Most Important Thing , Lu Shan Zhi Ge , Zhong Zhong Zhi Zhong , 重中之重
Description
With the support of provincial leaders, Lushan Heavy Industry abandoned the "heavy industry for finance" plan and invited young expert Wei Cheng to join with his patented technology and advanced production models. The series of technological innovations carried out by Wei Cheng caught young industrial workers, represented by welder Jin Yan Zi, by surprise. They not only had to learn new technologies such as programming, but also had to go head-to-head with the digital R&D team led by Wei Cheng. Wei Cheng was disheartened when he learned that Lushan Heavy Industry had made up the social security payment for the funds he had raised to purchase advanced production equipment. From friction to running-in, from rejecting intelligent production to using technology to develop harmoniously, Wei Cheng was infected with the workers’ unyielding enthusiasm. They went from disrespecting each other to teaming up to overcome difficulties.
Country: Chinese
Status: Ongoing
Released: 2022
Genre: Drama,