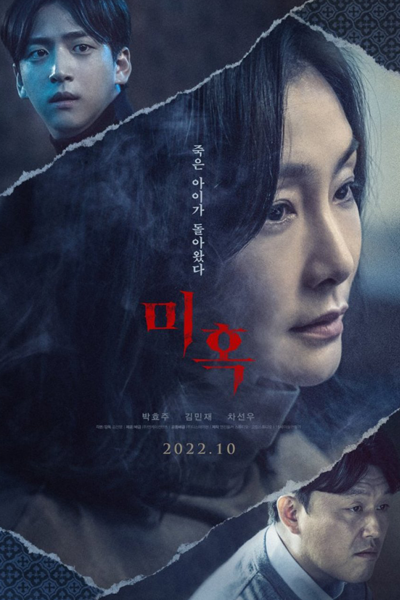 Other name: 미혹 Mihok Confusion
Description
A couple decides to adopt a child to overcome the loss of their third child whom they lost to an accident. They adopt a boy who is visually impaired, hoping that raising him would make up for the insufficient love they gave to their lost child. The adopted boy has an acute sense and begins to notice that there is another presence in the house. He discovers that the presence is a boy who died a year ago and summons him back to the family. The mother gets obsessed with communication with her lost child. The father and the other children believe the adopted boy is lying, and start to fear the mother's growing obsession toward her lost child and the adopted boy. The children feel compelled to tell their parents about the secret about the lost child, which changes everything for the family.
Director: Kim Jin Yeong [김진영]
Country: Korean
Status: Completed
Released: 2022
Genre: Horror, Investigation, Mystery, Suspense,