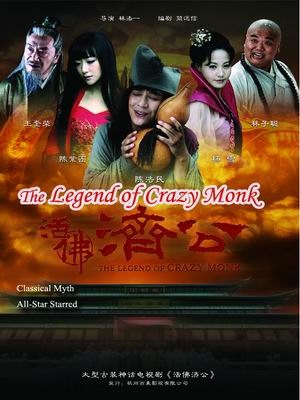 Other name: Huo Fo Ji Gong , Living Buddha Ji Gong , 新济公活佛, 活佛济公
Description
Ji Gong is a crazy monk who eats meat and drinks beer, while still a fairy he was one of the main Eighteen Buddha Monk, after catching the Eagle that serves under the Buddha himself he was send on Earth to become a monk all because of the 2 fairy that was guarding the Eagle. The 2 fairies accidentally let the Eagle free and in punishment all 3 fairy was send to be a human monk. There was also another fairy that was killed by the Eagle and he was also send down to be a regular human, but not a monk.
Country: Chinese
Status: Completed
Released: 2010
Genre: Comedy, Fantasy, Martial Arts,