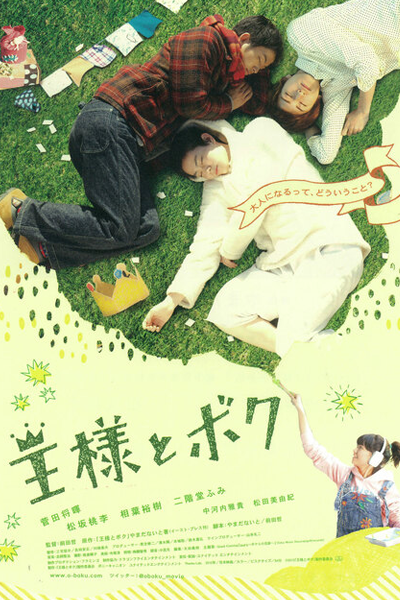 Other name: 王様とボク 国王与我 沉睡赤子心 おうさまとボク 왕과 나 Osama to Boku The King And I The King & I
Description
An 18-year-old man named Morio wakes up from a coma 12 years after he was involved in an accident. Although he has the body of an adult, he still has the mind of a child. He’s soon reunited with his childhood best friend Mikihiko and the two reflect back on how much fun and free life was when they were children.
Director: Maeda Tetsu [前田哲]
Country: Japanese
Status: Completed
Released: 2012
Genre: Drama, Youth,