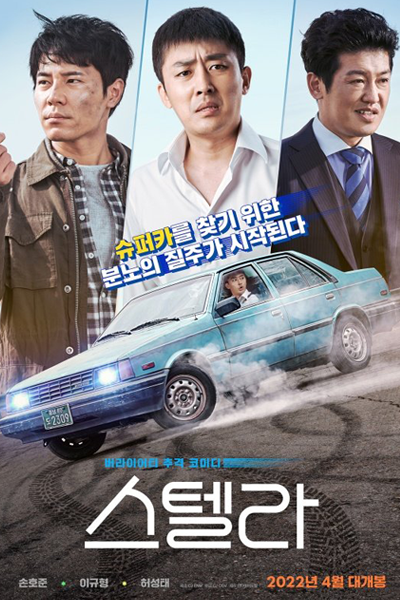 A comic and heartwarming drama about a man who gradually comes to term with his late father while on the run in his father's wacky beat-up car, "Stellar".
Young Bae, an ace in the car loan industry, is put in a tough spot when his friend Dong Shik disappears with a supercar which he took on consignment. Not only that, a local gang starts coming after Young-bae, claiming that they put their drugs in the missing car. After hearing of his father’s death and impending inheritance, he attends the funeral, only to find his father’s beat-up Stellar, which he used to drive as a taxi. Young Bae remembered it as a big and fancy luxury sedan, but now he can barely open its door. Still, he drives it away as he looks for whereabouts of his friend. Although Stellar barely runs at times, when he’s being chased, it will run like a sports car, allowing Young-bae to escape unscathed. As he squabbles with Stellar, he recollects memories of his father little by little and starts to understand his father’s true intentions that he never put into words, and grows from a son to a father himself.
Director: Kwon Soo Kyeong [권수경]
Country: Korean
Status: Completed
Released: 2022
Genre: Comedy, Drama, Fantasy,