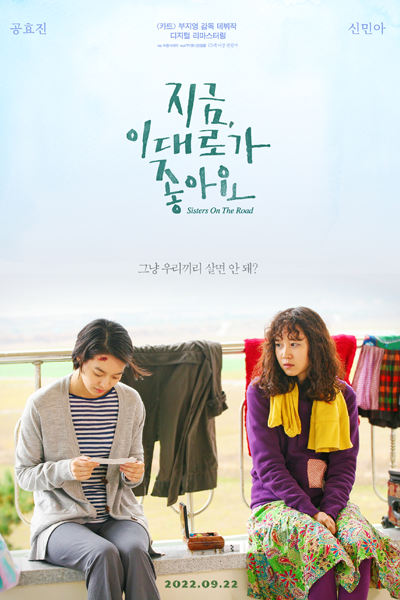 Other name: 지금, 이대로가 좋아요 今、このままがいい 喜歡現在這樣 Jigeum, Idaeroga Johayo Chwiorydd ar y Ffordd
Description
The sudden death of her mother brings Myeong Eun back home to Jeju island. There she meets her sister Myeong Ju and her daughter Seung Ah, still living at their old home, and Hyeon Ah who has lived with them for over 20 years like a relative. With the absence of her father, and her complex about being an illegitimate child, Myeongeun tells Hyeon Ah she will start looking for her father after the funeral. Myeong Ju accompanies her sister because of Hyeon Ah’s persuasion and her sense of duty as an older sibling.
Director: Boo Ji Yeong [부지영]
Country: Korean
Status: Completed
Released: 2009
Genre: Drama,