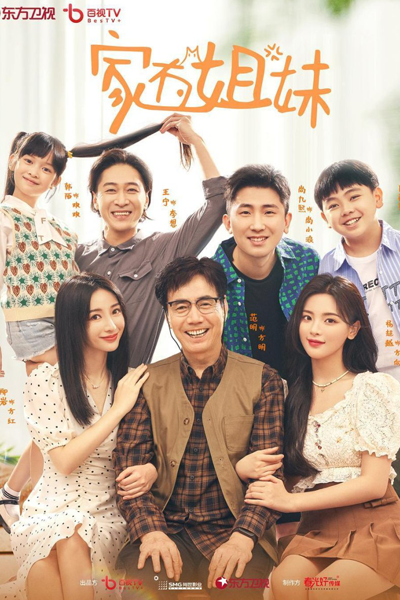 Other name: 家有姐妹 Jia You Jie Mei Sisters at Home Сестры вместе
Description
Fang's youngest daughter Xiang Xiang has just entered the society after graduating from university. Her elder sister Fang Hong believes that "eldest sister is like a mother", and regardless of Fang's feelings, she is enthusiastically involved in her sister's work and life. The two sisters with very different personalities and concepts constantly rubbed and collided, making this originally harmonious and intimate family in the smoke of the sisters' quarrel and quarrel all day long. Father Fang Ming was in a dilemma. He spent most of his life living for his daughters, but as his daughters became more mature and independent, Fang Ming felt that he was less and less needed. So Fang Ming began to try to find a sense of existence in his daughters' minds.
Original Network: Dragon TV,
Director: Zhang Xiao He [张笑赫]
Country: Chinese
Status: Ongoing
Released: 2022
Genre: Comedy, Family, Sitcom,