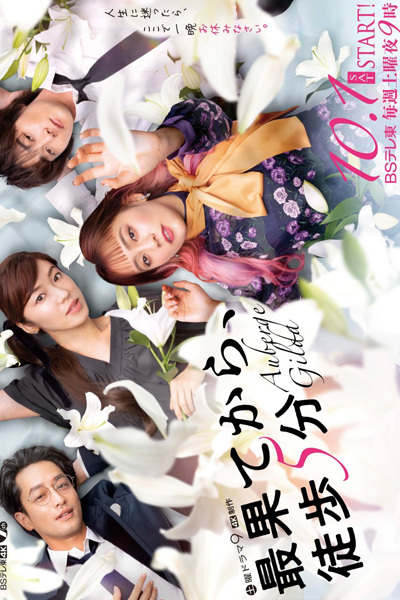 Unable to live or die due to certain circumstances, Koda Sumomo visits Auberge Gilda which is a five-minute walk from Cape Shide, a famous suicide spot. She listens to its owner Shiraishi Yuko and ends up working with the employee Koreeda Ibuki and chef Omori Zen for three months. Guests with all sorts of circumstances come to this auberge at the farthest reaches, including an actress being criticized for reports of an affair, and a man faced with divorce on the day he reached the mandatory retirement age. Through their stay at Auberge Gilda, they become aware of life and are revitalized. Seeing this with her own eyes, Sumomo also has a change of heart. However, she learns about Yuko’s secret.
Adapted from the manga series "Saihate kara, Toho 5-fun" (最果てから、徒歩5分) by Itoi Nozo (糸井のぞ).
Original Network: TV Tokyo,
Director: Ouchi Takahiro [大内隆弘]
Country: Japanese
Status: Ongoing
Released: 2022
Genre: Drama, Manga, Miniseries,