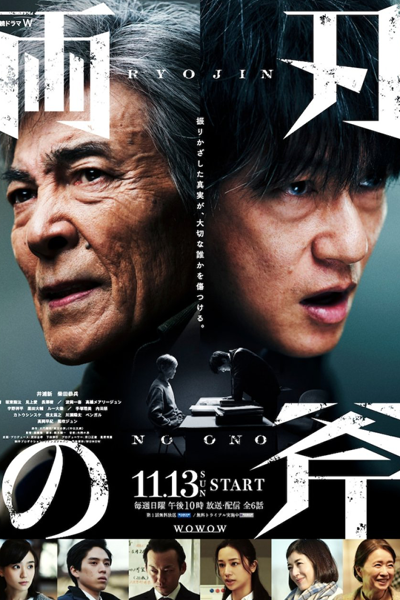 The daughter of Detective Shibasaki Sachio from the First Investigation Division is found stabbed to death. He goes after the truth with Kawasumi Shigekatsu, a junior detective who respects Shibasaki as his mentor in life and is a close family friend. However, the hard work of the police is in vain and the case goes unsolved. 15 years later, Shibasaki is retired and quietly spending the rest of his life looking after his wife Miwako who is seriously ill. The situation begins to change with the establishment of a unit specializing in re-investigating unsolved cases. Kawasumi also joins them and while the case is reexamined, a man regarded as the criminal emerges. Shibasaki pursues the truth on his own. A single phone call triggers a desire for vengeance and he winds up facing a charge.
Adapted from the novel "Ryoba no Ono" (両刃の斧) by Takeaki Daimon (大門剛明).
Original Network: WOWOW,
Director: Mori Yoshitaka [森義隆]
Country: Japanese
Status: Upcoming
Released: 2022
Genre: Detective, Drama, Investigation, Miniseries, Murder, Mystery, Revenge, Suspense, Thriller,
Airs: Nov 13, 2022