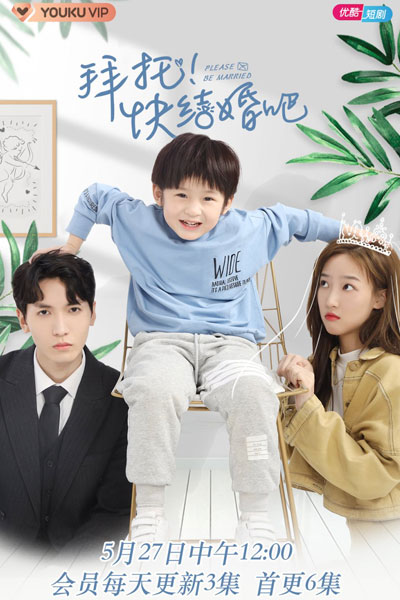 Ye Xiang Ge is a trainee under Linshan Entertainment. Before she made her official debut, she was caught up in a big scandal planned by his own good friend and her company decided to terminate the contract. After being jobless, Ye Xiang Ge met a Cold-hearted ceo of Su Group, Su Mu Chen to be an intern at his company.
Then something incredible happened, a 5 year-old boy, named Su Zian who came to Ye Xiangge and said he was her son from the future. Then, Su zian also said that his father was Su Muchen and Ye Xiangge was shocked. After Su Muchen knew about this, he has no choice but to live with them. In the process, Ye Xiangge and Su Muchen slowly fell in love with each other.
Original Network: Youku,
Director: He Tai Ran [何泰然]
Country: Chinese
Status: Completed
Released: 2021
Genre: Betrayal, Comedy, Drama, Family, Fantasy, life, Romance,