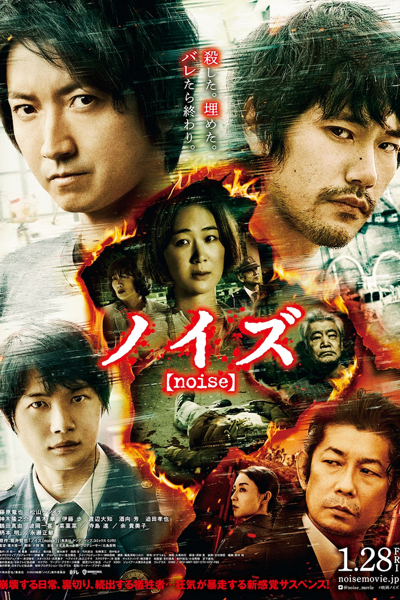 Shishikari is a remote island, which is behind the times. The island suffers from a decreasing population and declining industries. Keita Izumi (Tatsuya Fujiwara) begins to produce black fig on Shishikari Island. Because of his well received product, the island is close to receiving a 5 billion yen grant from the government, which is part of the goverment's policy to reinvigorate rural economy. The residents of the island are excited, but their peaceful days changes by the appearance of Mutsuo Komisaka. Keita Izumi and his friends Jun Tanabe (Kenichi Matsuyama) and Rookie Police Officer Shinichiro Moriya are suspicious about him. One night, Keita Izumi's daughter goes missing. Due to that, Keita Izumi, Jun Tanabe and Shinichiro Moriya happen to kill Mutsuo Komisaka. They decide to hide Mutsuo Komisaka’s murder to protect the future of the island and their families. It turns out Mutsuo Komisaka was a psycho killer. Police officers come to Shishikari Island to catch Mutsuo Komisaka.
Adapted from the manga series "Noise" (ノイズ) by Tsutsui Tetsuya (筒井哲也).
Director: Hiroki Ryuichi [廣木隆一]
Country: Japanese
Status: Completed
Released: 2022
Genre: Action, Crime, Horror, Investigation, Manga, Murder, Mystery, Suspense, Thriller,