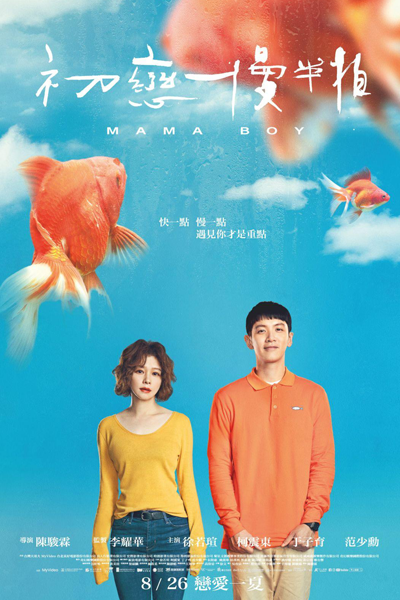 “Mama Boy” Xiao Hong is a shy 29-year-old fish store worker who lets his overprotective mother Mei Ling call the shots on everything in his life. While the overbearing matriarch has been a staple in Asian-American cinema of recent years, Chen frames Xiao Hong’s willingness to be in Mei Ling’s bubble as a case of arrested development rather than a cultural trait.
After hearing about Xiao Hong’s failed blind date, his cousin decides to take him to a sleazy local hotel where Sister Le Le oversees its prostitution business. Instead of falling for one of the prostitutes, Xiao Hong ends up being enamored with Sister Le Le. Despite Mei Ling’s watchful eye, Xiao Hong attempts an awkward courtship. However, as their unlikely bond develops, it appears that Sister Le Le sees Xiao Hong as a replacement for her wayward adult son, with whom she shares a contentious relationship.
Release dates: Apr 25, 2022 (Festival) || Aug 26, 2022 (Cinema).
Director: Arvin Chen [陳駿霖]
Country: Taiwanese
Status: Completed
Released: 2022
Genre: Drama, Romance, Western,