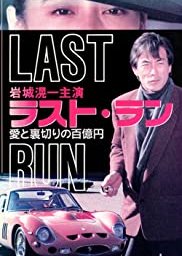 Other name: ラスト・ラン～愛と裏切りの百億円 , Rasuto Ran: Ai to Uragiri no Hyakuoku Enshissô Feraari 250 GTO , Last Run: Ai to Uragiri no ¥10 000 000 000 - Shissou Ferrari 250 GTO , 疾走フェラーリ250GTO
Description
Morita, a Japanese former Formula 2 driver known as "Kamikaze Run", who is asked by Onodera, an old friend and current representative of a large trade company, to function as intermediary for an auction of vintage cars. The owner of the cars is Gianpiero, an Italian who used to be Morita’s main rival on the races, until an accident ended both of their careers. Onodera invites Morita to stay in his house until the auction, but his wife seems to have a past connection with the guest, while his son, soon takes a huge liking to him, to Onodera’s raising frustration on both fronts. At the same time, his wife’s younger sister has a relationship with a young race-driver, while Onodera cooperates with billionaire Kurosawa and Morita’s ex-lover, Kyoko, in order to rig the auction, unbeknownst to him. Eventually, Onodera asks Morita to help him in his scheme.
Country: Japanese
Status: Completed
Released: 1991
Genre: Action, Crime,