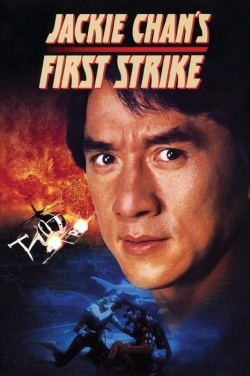 Description
Jackie, a cop, participates in a sting operation on an international spy-ring. But when one of them (Tsui) gets away, Jackie is ordered to apprehend him. This leads Jackie all over the globe starting with Tsui's sister in Australia. The story follows him as he tries to stay alive and capture the villain. - - IMDb The fourth entry in the Police Story series. Martial arts mega-star Jackie Chan battles on land, in the air, and underwater in his efforts to help both the CIA and a Russian intelligence agency retrieve a stolen Ukrainian nuclear warhead. Features classic Chan-style comedy and balletic fight sequences, including an unforgettable warehouse brawl in which his only allies are a stepladder and a broomstick.
Country: Hong Kong
Status: Completed
Released: 1996
Genre: Action, Thriller,