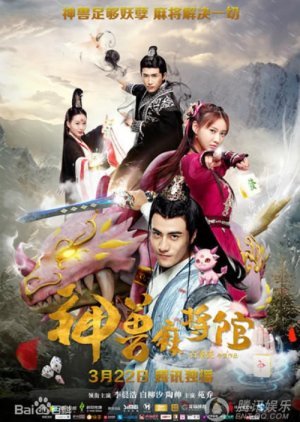 Other name: Mahjong House , Shen Shou Ma Jiang Guan , San Sau Ma Jeung Gun , 神獸麻將館, 神兽麻将馆
Description
Bai Han is a divine beast, lost his mana and went to the world to search for his spiritual bone. As a result, the spiritual bone was made into mahjong by the mortal Lu Chang Sheng. When Lu Chang Sheng’s parents were playing on Ryukyu Island, the entire island was eaten by one of the four gluttons, Wu Xiao Tao. Wu Xiao Tao found Bai Han and asked him to help take out the island that he couldn't digest. Since then, the three have established a combination called "Shen Beast Mahjong Hall" and embarked on a fantasy adventure.
Country: Chinese
Status: Completed
Released: 2017
Genre: Comedy, Fantasy,