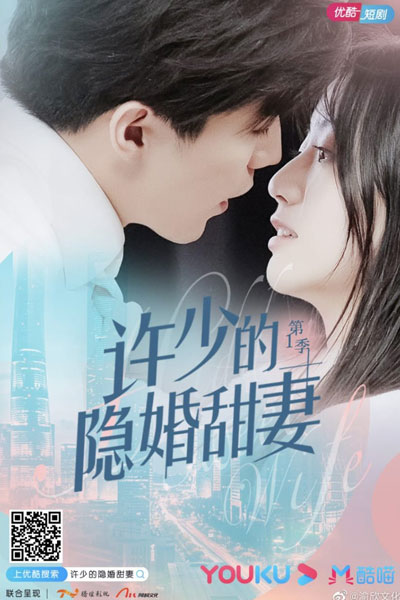 The reporter Su Xiaoxiao, who talked about’as a sister of Tianqiao’, was married to Xu Yichen, the new president of the Xu Group because of his father’s last wish. However, because the Su family fell in the middle of the family, the two were in a state of hidden marriage.
As a public figure, Xu Yichen has scandals with many celebrities. The seemingly frivolous Xu Yichen has always been in love with his childhood sweetheart Ma Su Xiaoxiao. After all kinds of misunderstandings, they accompanied and warmed each other, and Xu Yichen silently guarded no matter how difficult it was. Until Su Xiaoxiao finally discovered the truth and resolved the happy knot, the two smiled and walked hand in hand.
The play belongs to the theme of urban love drama, not only chose a sophisticated production team, but also fully fit the role’s identity in the casting, and strive to restore the charm of the role. The male protagonist is cold but is exclusive to his wife, and the female protagonist is pure and has super positive views! Other characters in the play are also full of looks! It can be said to be a visual feast!
Adapted from the manga “Lovely Picks A Little Baby”.
Original Network: Youku,
Country: Chinese
Status: Completed
Released: 2021
Genre: Romance,