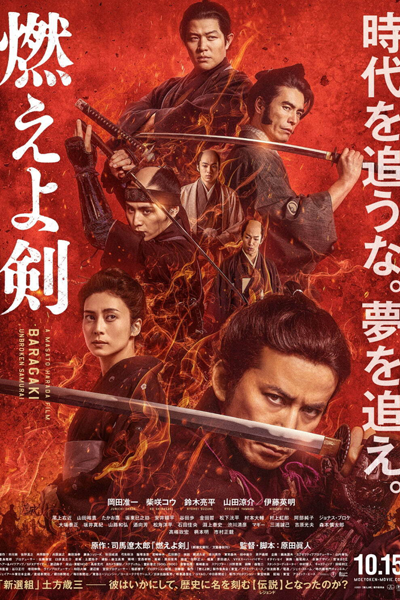 Toshizo Hijikata, the “Baragaki'” of Bushu Tama, heads to Kyoto with Isami Kondo, Souji Okita, and other comrades, with the dream of becoming a samurai in his heart. Under the auspices of the Tokugawa Shogunate, he formed the Shinsengumi, with Kamo Serizawa as its chief, to protect the city.
As vice-commander, Hijikata leads the organization with unparalleled skill and strict laws, and the Shinsengumi shows all-around success in suppressing the anti-shogunate forces. Hijikata had a fateful encounter with Oyuki and was attracted to each other, but the tide of the times is tilting towards overthrowing the curtain. The unknown love and battle of the men who burned their lives with swords now open the curtain.
Adapted from the novel "Moeyo Ken" by Ryotaro Shiba.
Director: Harada Masato [原田眞人]
Country: Japanese
Status: Completed
Released: 2021
Genre: Action, Drama, Historical, Novel, Samurai, Swordsman,