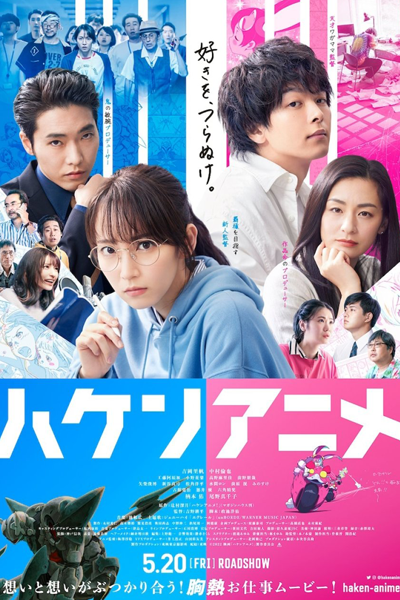 Set within the highly competitive animation industry. People in that field work hard to receive the title of "haken," which is given to the most popular animation.
Saito Hitomi works on her first anime as a director. She struggles along with her colleagues to make the animation film, while dealing with various difficulties. Meanwhile, Ouji Chiharu is an animation director and has made hit movies in his past. He teams up with Producer Arishina Kayako to make his first animation film in 8 years. Saito Hitomi and Ouji Chiharu now direct films that are set for release on the same date. Who will get the title of haken?
Adapted from the novel "Haken Anime!" (ハケンアニメ！) by Tsujimura Mizuki (辻村深月).
Director: Yoshino Kohei [吉野耕平]
Country: Japanese
Status: Completed
Released: 2022
Genre: Drama, Novel,