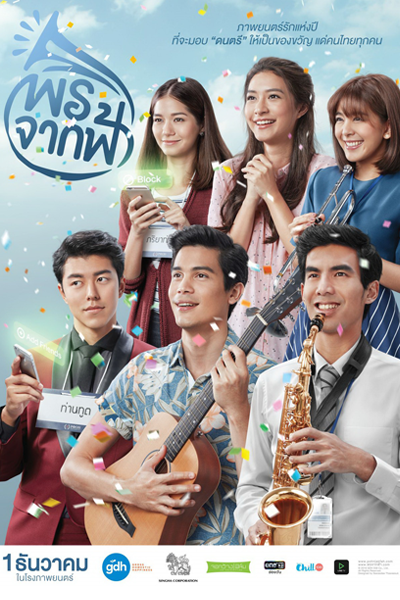 "‘A Gift’ is the next captivating offering from GDH honouring the King’s musical compositions by highlighting his songs within a cinematic symphony of romance, soul-searching drama and heartwarming humour. This film is dedicated to King Bhumibol Adulyadej as an end-of-year gift to all the people of Thailand.
The film tells the story of 6 people who are trying to overcome challenges that life has thrown at them. ‘A Gift’ is unwrapped for your viewing pleasure using a three-degree of separation narrative, divided into three parts and filmed by three different directing teams."
Director: Ping Kriangkrai Vachiratamporn [เกรียงไกร วชิรธรรมพร], Ton Nithiwat Tharathorn [นิธิวัฒน์ ธราธร]
Country: Thailand
Status: Completed
Released: 2016
Genre: Comedy, Drama, Musical, Omnibus, Romance,